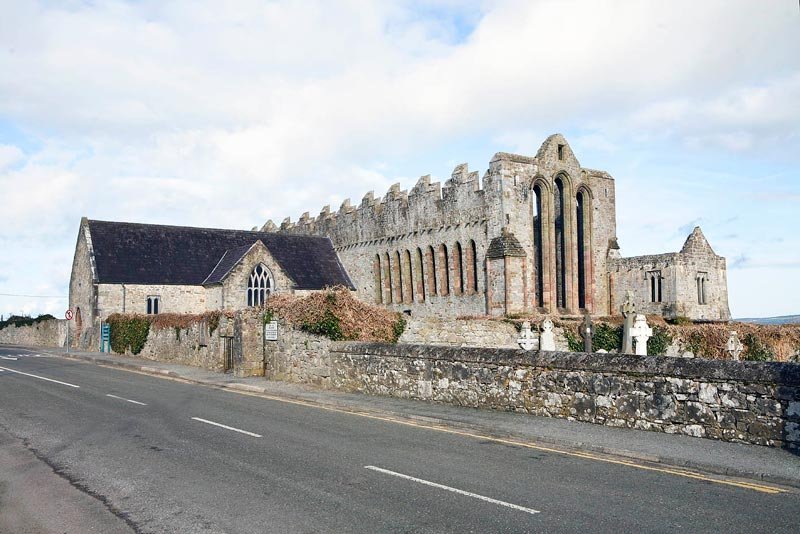 The Cathedral that we see today dates from the 11th century, however, as with many building of this age it has undergone substantial changes over the centuries.  One of the gems of the site is the Romanesque style west doorway, part of an earlier church constructed in the mid-12th century and incorporated into the later building. 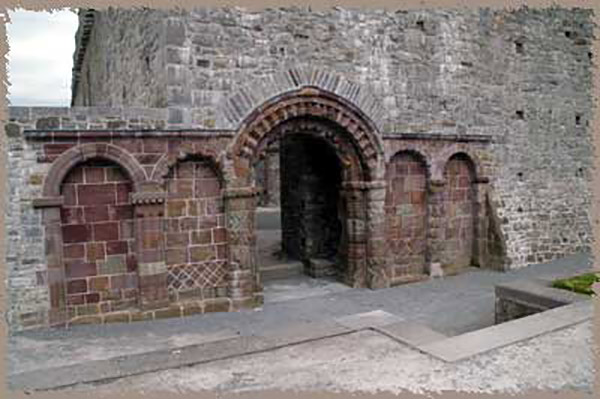 The cathedral is an Early Gothic structure constructed primarily in the 13th century with large battlements added in the 15th century.  It is built of limestone with highly carved sandstone decoration around the doors and windows.  One of the most impressive aspects of the 13th century building is the beautifully carved windows in the chancel comprising the three lancet windows in the east end of the building and the nine lancets on the south side of the choir.
During the late 16th century Ardfert was caught up in the Desmond Rebellion and the cathedral was severely damaged although it appears to have continued to function.  However, in 1641 during the Irish uprising the building was destroyed by fire and abandoned.

In 1671 the south transept was rebuilt and served the Protestant congregation until the 1870s when a new Church of Ireland church was built in the village.  After this the cathedral ceased to serve as a place of worship; a situation that continued until May 16th 2013 when an open air mass was celebrated as part of The Gathering 2013.

There are two other small churches on the site.  Temple na Hoe is a late 12th century Romanesque church predating the cathedral.  It contains a surviving beautifully carved window on its south wall 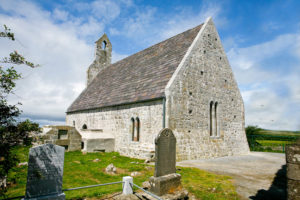 the time  the battlements were added to the main cathedral building.  It may have served as a daily church with the cathedral reserved for special occasions and religious feasts.
The transept of the cathedral now functions as a visitor centre from May to September, telephone 066 7134711 for opening hours.  The cathedral grounds are accessible all year round.